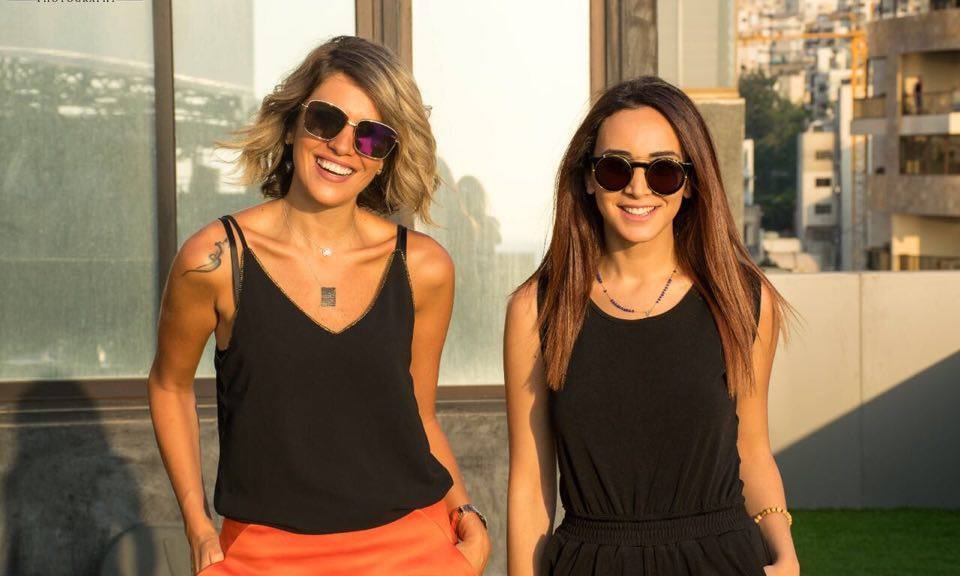 Fashionistas in Lebanon pop up every day like chicken, why is Roula Kehdy the fashionista on MTV Alive? And why is she the fashion icon on Pierre Rabbat’s programs?
Before we get to that, allow me to answer your definite questions;

One: Roula did not know Pierre before she joined Men El Ekhir
Two: Roula majored in Business (not in fashion) and worked in the media for more than 10 years – *Yes, she was already successful and she is not all about that ring*
Three: Roula is completely straight
Four: I ended up not asking her about her exact height (oh well, keep guessing *_*)

Click here to watch my interview with Roula Kehdy on Lebanese memes.

They say Fake it till you make it. Guess what? It works! I am not saying Roula had the intention of being a fashion public figure, but Roula was approached by the media simply because she stood out in public. She told me during our interview that she was approached by Men El Ekhir’s producer because she seemed like someone who belongs to TV.

Lebanese people often tend to say “mfakkar 7alo…” or “msadda2 7alo…” about someone who is in the debut of his career. The secret is yes, you should pretend to be that person you want to be till you become that. You simply MAKE YOURSELF. If you love fashion and want to pursue a career in that, be fashionable every day, be known for your style, stand out, and make a long lasting fashion statement every time you step outside your house. This does not only apply to fashion, it applies to everything else.

Even socially, if you want respect, demand respect and start out with respecting yourself.

When Roula joined Men El Ekhir, people loved her – and her style. When the season was done, they wanted to see her more. Thus, she got her own segment, Fashionista, on MTV Alive. Roula was smart enough to take good advantage of her appearance on TV to make people love her, want to be her, and want to see her more often. Again, she stood out and didn’t take what she got for granted. She won.

3- Attitude “Wake Up with A Smile”

A beautiful fashionable lady is often thought to be arrogant. I remember the first time I met Roula at Director’s Kcut, I thought she is just another fashionista that I shouldn’t give any importance to – due to reasons that I keep to myself. I was surprised by her attitude. She made sure to stop the Style Make-Over workshop and say a little hello to a face she didn’t know #Me. I later observed how amazing her character is!
When asked how she can keep the smile on her face, Roula answered that it was simply the way she was raised, “My mother made me wake up every day and say Bonjour with a smile”. How beautiful is that? Welcoming every day with a wide smile!

4- Fame is an illusion

Every body wants to be famous, however not everybody knows how to react to fame. When asked if she lost friends in the course of her success, Roula Kehdy told me that fame is simply an illusion. A person shouldn’t think of himself as too important, “el khasseh ma lezim tekbar bi raso”.
At the end of the day, we are all the same. No one is more important than anyone else, fame comes and goes. Your relationships and friendships, your values, and your self-worth stay forever.

When asked where she eventually sees herself, Roula answered without hesitation “be known globally”. I believe that a dreamer is never intimidated or threatened, a dreamer is never selfish, a dreamer is ambitious and constantly aims higher. Roula told me that 5 years ago she set goals and she got her goals accomplished, she was definite that she WILL accomplish her next 5 years set-goals.

Roula worked for ten years in media, with her degree in business. Her passion however is fashion. Possibly without her even realizing, Roula’s strong energy got her to be able to luckily make her passion her profession. With a few workshops and a lot of innate tendency, Roula Kehdy started her own shoe accessories line & is a fashion public figure.

How did Roula make it?
She was what she wanted to be before becoming it, she made people love her, maintained a positive attitude, kept her feet on the ground, dreamed big, and made her passion her profession.

They say don’t do anything you don’t really love; Roula loves fashion. The way she happily gave the fashion tips during my interview with her is what I call generous. Some people are selfish and keep the information they know to themselves, other people are loving and share their experience and knowledge with others; those, I describe as passionate givers -and givers always get something in return!

One thought on “Why Them, Not You [Part III] Roula Kehdy”